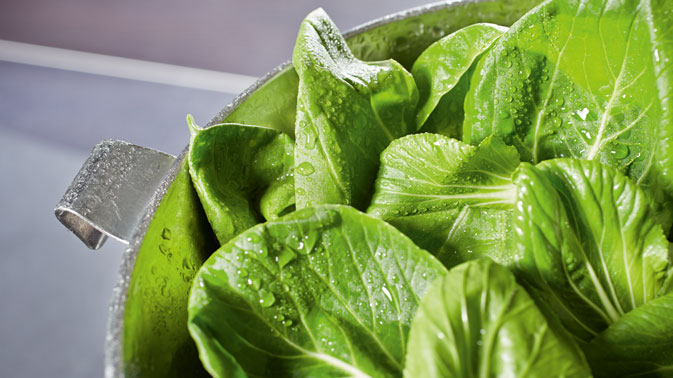 Once mocked as “poor man’s asparagus,” chard is a valued vegetable in the kitchens of gourmet restaurants today.

The flavor of the yellow, pale green, or dark green to reddish-purple leaves is a little like that of spinach, while the strong and colorful stems taste similar to asparagus. However, chard is not related to either of those vegetables; it is from the same family as sugar beet, fodder beet, (mangelwurzel) and beetroot. Originally found around the Mediterranean, chard has been cultivated since 400 BC.

There are essentially two different cultivars:

Swiss chard is identified by the strong, prominent central ribs in the leaves, which may be up to 30 centimeters long and white, yellow, orange, green, pink, or purple. The purple variant is usually the most flavorsome. Because the stems take longer to cook, it is advisable to cook them first and add the finely chopped leaves a few moments before the end of the cooking process. Chard is one of the first spring vegetables. The colorful varieties of Swiss chard can be found in weekly markets until fall.

Leaf beet is significantly smaller, but has larger leaves with narrower ribs in comparison with Swiss chard. Its flavor is somewhat milder than spinach. Since leaf beet will grow back after cutting and is winter hardy, it can be harvested all year round. The leaves can be eaten raw, as a salad, or blanched for five minutes and served as a delicate vegetable. Stems must be cooked and are heavenly served with a béchamel sauce. The leaves can be used to make soups and stuffings, or fillings for pies and quiches. The stems and ribs are perfect for gratins and garnishes with a jus.