Miele Group reports 1.5% increase in turnover – and reinforces its investment in emerging fields 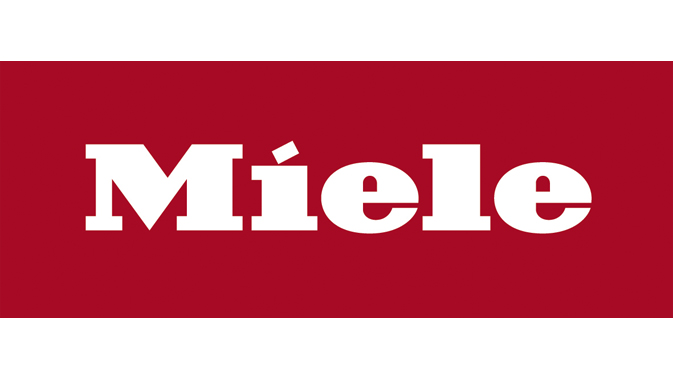 Gütersloh, August 27, 2019. – The Miele Group continues to grow despite a cooling world economy and increased competition. In the 2018/19 financial year which ended on June 30, 2019, the world's leading manufacturer of premium domestic appliances achieved sales of € 4.16 bn. This corresponds to a growth in sales of 1.5%. Excluding trade through Miele's Korean subsidiary Yujin Robot, incorporated for the first time in company accounts, group turnover would have been 0.2% higher than in the previous year. In its 120th year of existence, Miele successfully staged the biggest product launch in its history, thereby improving the basis for future growth. On balance, employment in Germany stands at 20,221, on a par with the previous year. Investments of € 256 m were made during the period under review.

In view of the mixed framework conditions currently prevailing, Miele's Executive Board sees this moderate growth in company sales as being “a positive and promising sign.” Admittedly, current economic risks continue to persist and fundamental changes have been wrought in the competitive landscape, as reflected in the more price-aggressive approach adopted by Asian corporations. Nevertheless, Miele has set itself the target of achieving stronger growth in the current 2019/20 fiscal year and beyond.

In pursuit of this goal, Miele will turn its attention for example to opening new business fields and developing its internal position in R&D, production, marketing and administration to meet future needs. Considerable additional investments have been earmarked for these and other purposes. The first steps moving forward include an expansion of the Smart Home business unit and the activities of Miele Venture Capital GmbH, which takes out stakes in promising startups.

The basis for further growth will remain Miele's uncompromising adherence to quality, consumer benefits, delightful innovations and timeless elegance. As a consequence, Miele is well positioned in terms of products to continue to affirm its market position throughout the economic cycle. With a successful market launch of its Generation 7000 built-in appliances, Miele, like no other brand in its branch of industry, has reasserted its claim to offering fascinating culinary experiences and lifestyle pleasures. This launch also represents the single biggest release of products in the company's history, spanning 15 product groups, almost 3,000 model versions, 10 Miele production plants, a whole host of exclusive smart features and turnover in the order of € 2 bn. The G 7000 dishwasher, with AutoDos and PowerDisk, the world's first automatic powder dispensing system for domestic dishwashers, has been on sale since last autumn.

In the floor care sector, the long-standing market leader in the field of conventional canister vacuum cleaners will also be venturing into the still young boom market for rechargeable handsticks in autumn of this year. The Triflex HX1 from Miele is very versatile in use and excels in terms of suction performance and battery power. Initial responses from the trade have been highly promising.

Across all product groups, Miele is offering its customers even more for their money in terms of features – including on the Series 120 promotional range to mark Miele's 120th anniversary. Laundry care will see the introduction of much that is new at the IFA trade show in early September, including shorter cycle times, new design versions and a considerably more environmentally friendly coolant on tumble dryers.

The new washing machine plant belonging to the Miele Group in the Polish town of Ksawerów, due to come online on schedule at the start of 2020, provides the company with additional latitude in the particularly fierce entry-line market segment. At the same time, Miele's production location in Gütersloh will be further strengthened – as the lead plant in the laundry-care sector with its three sites in Gütersloh, Ksawerów and Uničov (Czech Republic).

Strong growth in the US and parts of Europe

Miele generated € 1.2 bn of turnover in Germany, a competitive market currently under pressure. This equates to a drop of 0.3%. Miele's position as the brand with the highest turnover in major domestic appliances with German specialist retailers and kitchen studios was further consolidated.

Outside Germany, business in the US, Austria, Switzerland, Japan and Korea continued to demonstrate strong growth. In countries such as Italy, Greece and Spain – after in part a longer torrid spell as a result of the financial crisis – robust vitality is once again visible. In eastern Europe, too, Miele has gained considerable ground almost across the board. Noticeable decline was recorded in China, where state restrictions have made the trade in real estate more difficult. In Hong Kong, political unease has had a detrimental effect on business, whilst Turkey continues to be plagued by a drop in the value of the Turkish lira.

In the Professional business unit, the Miele Group, including its Italian medical technology subsidiary Steelco, recorded sales of € 621 m, up 5.2% compared with the previous year. A division of labour concentrating all business with central sterile supply departments (CSSDs) in hospitals with Steelco has proved valid. In turn, Miele focuses on practices, outpatient surgeries and laboratories. In total, the Miele Group grew above-average in the medical and laboratory fields, despite an investment slowdown in this area. Thanks to a thoroughly redesigned and improved model generation, similar applies to semi-commercial small laundry machines (Little Giants).

During the past business year, Miele invested to the tune of € 256 m, amounting to the second-highest annual value to date. Of this, around € 180 m went into the development of new products and in expanding, refitting and modernizing the international production network of the Miele Group, thereof 60% in Germany. Outstanding projects included the development and market launch of Generation 7000 products (dishwashers and kitchen appliances) and the Triflex HX1 rechargeable handstick as well as setting up the plant in Ksawerów. At the headquarters in Gütersloh, funding went above all into new and in part additional production facilities at the washing machine production plant.

At the same time, marketing structures were further expanded throughout the world. During the reporting period, new flagship stores (Miele Experience Centers), for example in Amsterdam, Bilbao, Gdansk, Kiev and Toronto, were added. Another pointer was the inauguration of a sales subsidiary in Brazil. In terms of size and population, Brazil is the fifth-largest country on earth, with solid economic forecasts, a fast-growing middle class and, in Sao Paulo, the largest German community. Miele's sales subsidiary in Thailand was officially opened last autumn. Including Germany, Miele is hence now represented with its own subsidiary in 50 countries.

Largest workforce ever in Germany and worldwide

As per June 2019, the Miele Group had 20,221 employees on its payroll. This puts employment figures at a consistently high level. An increased workforce results for example from the recent inclusion of Yujin Robot (154 employees) in Miele accounts. But staffing has also risen at the majority of subsidiaries, at several production plants both in Germany and abroad as well as at Central Headquarters in Gütersloh. In the latter instance, this was attributable to a further expansion of Smart Home activities.

In Germany, 11,038 people were in the employment of Miele, which equates to a slight drop of 1.6% and attributable to natural fluctuation. At the beginning of the new educational year due to start on September 1, 2019, around 500 young persons will once again commence an apprenticeship in one of 30 commercial professions or technical trades. These include around 200 on dual courses combining an apprenticeship with a degree. Occupational training within the company therefore remained stable at a high level.

Personnel activities aimed at securing Miele's future interests are at the focus of the 2019 sustainability report published recently. This provides detailed insights into Miele's comprehension of sustainable corporate governance spanning 15 strategic sustainability targets ranging from exemplary environmental performance to digitalisation which takes on board consumers' interests with respect to data protection. In this report, Miele for the first time makes reference to the United Nations' Sustainable Development Goals (SDGs). The reporting period covers the 2016/17 and 2017/18 business years. The Miele Sustainability Report is available as a download on www.miele.com/nachhaltigkeit.

Company profile: Miele is the world's leading manufacturer of premium domestic appliances including cooking, baking and steam-cooking appliances, refrigeration products, coffee makers, dishwashers and laundry and floor care products. This line-up is augmented by dishwashers, washing machines and tumble dryers for commercial use as well as washer-disinfectors and sterilisers for use in medical and laboratory applications (Miele Professional). The Miele company, founded in 1899, has eight production plants in Germany as well as one plant each in Austria, the Czech Republic, China and Romania. These are joined by the two plants belonging to Miele's Italian medical technology subsidiary Steelco. Turnover in the 2018/19 business year was around € 4.16 bn, with a share of business outside Germany of approx. 71%. Miele is represented with its own sales subsidiaries and via importers in almost 100 countries. Throughout the world, the family-run enterprise, now in its fourth generation, employs a workforce of around 20,200, whereof 11,050 are employed in Germany. The company has its headquarters in Gütersloh in Westphalia.

Call us or send us an email if you have questions or requests. We will be happy to help you.